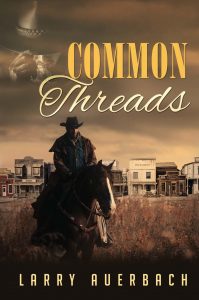 COMMON THREADS Overview of the story The town of Pinetar, Alabama was almost ruined and burned out of existence during a protracted siege during the War Between The States. Twelve years later, it is still just barely hanging on, but good times may be coming. A large financial investment is coming to Pinetar, to help newly enfranchised former slaves, and former Rebels build new lives in what is now their war ravaged home, if they can all learn to work together. The government is also sending a teacher to start a school to help them all learn to read, write, and do their sums. The own desperately needs this financial assistance, as there is no industry and no work for anyone, and the dreaded carpet-baggers are coming to town. The new Klu Klux Klan has become a force in the south and is threatening the stability of the community by using threats, intimidation and terrorism to drive the new citizens out of the area. A U S Marshal is ordered to take a team to the town and drive the Klan out of the area and protect the financial rebirth of the community, all but wiped out by the devastation of the war only the South wanted and only the North could hope to win. Pinetar has its own secrets, however. Twenty years ago a black man was murdered to hide a scandal that would have ruined a very important man. Some people in Pinetar are seeking to rebuild their fortunes, while some are seeking to return to the old lost order. Others are coming to Pinetar for a variety of reasons. One is seeking redemption for a ruined military career, while another is coming to make an un-scheduled withdrawal from the bank. One man is coming to seek revenge for an old injury, and another will clear his conscience. The connection between all of these issues, and the key to the resolution of that twenty year old murder mystery is on the way. All of these people will meet in Pinetar and they will discover they all share COMMON THREADS. 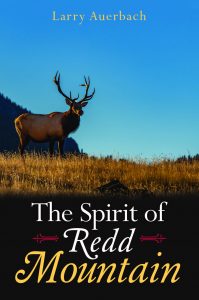 THE SPIRIT OF REDD MOUNTAIN Overview of the story In 1963 a group of skiers were caught in an avalanche, started by someone hunting in a restricted area. The ski patrol had been sent out to rescue them, and one of the patrol found the group and was helping them get to safety when another series of shots rang out, triggering another avalanche and killing all the skiers. The skiers were never found. The hunter wasn’t hurt, and he claimed his prize, a record elk. Shortly afterwards, the people of the area began reporting seeing a red elk of massive proportions with a record rack of antlers in the mountains. No one ever got a good shot at him, for he always seems to vanish into the swirling snows blowing all around him. The hunters start coming to search for him and see him from a distance but he always leads them around the mountain. Whenever they get close enough for a shot, he disappeared into the swirling snows. He always seemed to be leading them out of danger, as their shots trigger snow slides where they were, and none of them were ever hurt. For years afterward, people have been seeing a red jacketed skier pushing them out of the runs just before there is a snow slide or avalanche where they would have been. No one knows who he is, but all of the witnesses say he was suddenly there waving them off or crowding them out of the way, and then disappearing in front of their eyes when the snow clears up. Some will even say they saw a stand of fir trees right through him as he faded from their sight. It isn’t long before the legend grows that he is the ghost of the killed ski patrolman who tried to save the lost skiers years ago. In 1999, a group of hunters come to kill the fabled red Elk. They are brought in by the lure of a special hunt for that legendary Red Elk. It is an expensive hunt, and they have all paid a great fee to be part of this adventure. It is often said the criminal returns to the scene of his crime, and this hunt is no exception. The very same hunter has returned to claim his greatest trophy, and as before he doesn’t play by the rules. He intends to get that animal, no matter what it may cost anyone else, as he considers it his destiny and his right. But on this mountain, sometimes it is difficult to tell who is hunting whom. The hunter has a debt to pay, and it is time to settle his account. 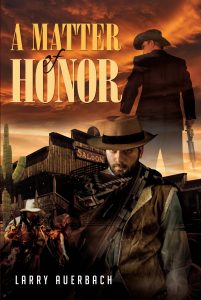 A MATTER OF HONOR Overview of the story Jonah Berryman is a former sniper for the Union Army. On his last assignment, he had a bead on a Confederate officer and was starting to squeeze the trigger when the officer turned and Jonah saw it was his cousin. Forgetting his duty, he started to call out a warning when someone fired from behind him, killing his cousin in front of his eyes. As Jonah had turned to see who fired that shot, one of the Rebels fired at him, hitting him in the head. A Union doctor saved his life and his sight, but when he tried to find the doctor and give him what Jonah felt he deserved, he discovered the doctor never existed. Jonah became a bounty hunter after the war, and because he was tired of killing, he always took him man in alive. But he always kept looking for that mysterious doctor. One day he received word his long lost doctor was in Willow Springs, New Mexico. Jonah rode down three horses to get there, only to find himself the target of every backshooter in town. It didn’t take long before he discovered he had ridden into the middle of another war zone, and this time he couldn’t even tell who was on which side. It didn’t take long for him to realize he had been set up, he just didn’t know who had done it or why, and finding out is going to take all of his time.

A MATTER OF JUSTICE Overview of the story This picks up the tale of Jonah Berryman from where it left off. Jonah has learned there are several players in this fight, and he is forced to take side with the Marshal, who has his own agenda. The tension is building, as more people are getting killed as he gets closer to the truth. Will he be able to solve this puzzle while there is still someone left alive to talk? Jonah isn’t sure, but things are heating up as he races to figure out who is behind all of this and get out of town while he can with his hide intact. And he hasn’t forgotten about his lost doctor, either. He seems to figure into this somehow, maybe he was just the lure to bring Jonah here, and maybe he’s more involved than that, but finding all the answers to these question is important to Jonah, as he sees putting an end to this mystery as being A MATTER OF JUSTICE.

THE TROLL BRIDGE Overview of the story TThe story of the Lost Confederate Gold has entertained and lured treasure hunters for years. Duane and Tony grew up hearing of this tale. They also heard another tale of a monster that lived near the riverbank, that is guarding the gold. The adventurous Duane decides they need to find the gold and be rich and famous. They quickly find themselves having to take a hated rival on their team, but he is able to find someone who has the mechanical skills they need. When they discover A. B, Conway is a girl, things get really complicated. When they get inside the cave, things start getting really weird. They soon realize they may have bitten off more than they can chew as they try to find that gold. They quickly discover there are spirits in that cave who don’t want them there or to leave with the gold.